I started writing regularly during a lull in career activity.  I'd just gone freelance and chose to do less travel in the winter.  My wife encouraged me to find something, anything really to keep me occupied.  Turn over a decade and some things don't change.  As we shuffle towards the end of the Pandemic lockdown I am fully retired.  And still writing.

As in most things, you get better with practice.  Maybe in content and scope, although the universe of people interested in my obscure topics is limited.  But certainly in efficiency.  I'm better at photography for instance.  And my typing abilities have remained excellent.  Being the only guy taking that typing class in High School has paid dividends ever since.

Ah, but subject matter has become a bit light of late.  The days when I was off on oddball adventures are not behind me, but with Covid and the enjoyable diversion of grand kids I'm staying home more often.

Since the beginning I've kept to a three posts a week pace, with rare breaks and frequent add on posts.  I hope to continue this but realistically can't promise.

Because life goes on.  In due course it will go on without us.  As to things that might actually be increased topics for the days, (and who knows?) perhaps decade, ahead there are a few.  My obsessive hunt for peculiar fish species.    Unusual geocaches found and placed.  To the extent that my self imposed privacy rules permit, the new horizon of 21st century T-ball games and such.  Local history stories.  Even robotics seems poised for a post Covid come back.  Oh, and there is some tasty stuff on CCC camps in the works.  And I am plotting and scheming a return to archaeology trips.

So what's the point of all this?  Why bother to write obsessively and in the archaic long form of a daily blog?

Several possible answers to that one.

- It keeps you sharp.  As one ages the importance of keeping thought processes nice and crisp rises considerably.  Composing and organizing what are in effect 500 word essays on a regular basis is salutary.  Oddly it also makes my public speaking style more fluid.  Blogging, as opposed to other forms of writing, is closer to actual spoken communication.  If you remember what that is.

- You meet interesting people along the way.  Some of the most fun ones are folks who initially weighed in to disagree with you...but on further discussion, people with whom you find considerable common ground.  We could use more of this in our disconsolate times.

- It keeps me busy.  Generally out of mischief and largely out from underfoot. 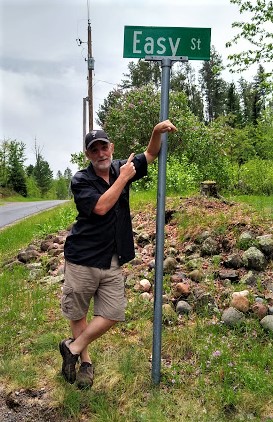 Email ThisBlogThis!Share to TwitterShare to FacebookShare to Pinterest
Labels: signs of the times

Congratulations. 10 years of blogging is an amazing accomplishment.

I like the last portion of your thoughts. The finding of common ground is one of the great things about The Social Internet, which blogs promote (unlike Social Media, which does not).