From the Mending Box

As mentioned the other day, I brought home some items from the family farm, now an abandoned ghost of a place.  One thing I carried back was a series of several small boxes that appeared to have my grandmother's collection of mending supplies.  Buttons, needles, and just odd stuff that found its way in there I guess.  Many of the buttons had swatches of cloth still stuck on them.  I guess when clothing wore out grandma would snip the buttons off in case some similar garment needed a new button.  I wonder how many "lives" these buttons had.  But that is certainly not the only thing I wonder about. 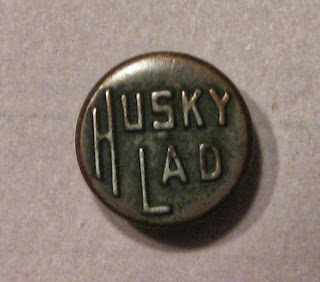 Overall buttons, probably 1930's vintage.  I wonder if they came from my dad's outfit or one of his brothers'.  Husky Lad seems to be out of business but Big Yank is still around! 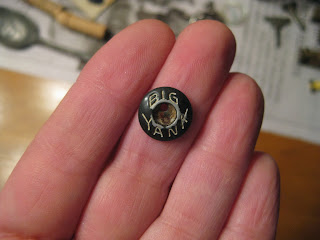 Some of the smaller items were in this odd little jar circa 1960.  Who knew they made extra meat baby food.  The little tyke does look rather carnivorous.  Hmmm, I used to visit the farm sometimes.  This might be me.

Here are two views of what appears to be a serving spoon made out of, of all things, lead.  It is so soft it would bend if you scooped up a good sized meatball. 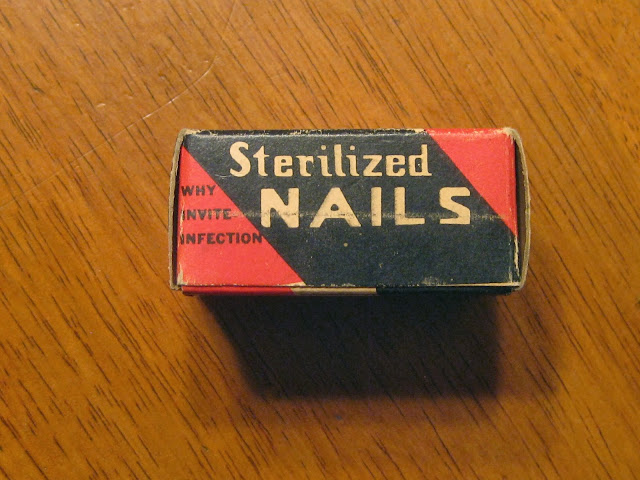 Invite infection?  Why indeed?  I suppose the intent was to make folks relax about tetanus.

The mending box had all manner of odds and ends in it.  Small items of small value.  But my frugal forebears could not stand the idea of parting with any of it.  Oh, there was also this...... 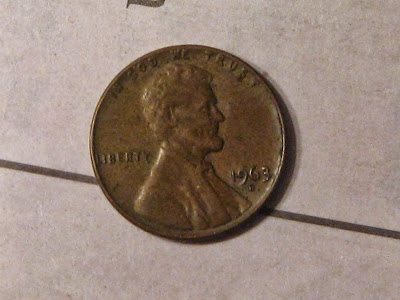 I wonder how many hours they spent hunting for this?  It probably still has pinch marks on it.

Email ThisBlogThis!Share to TwitterShare to FacebookShare to Pinterest
Labels: Generations