Tree Shaped Tombstones - Over the Top in Eagle Wisconsin

A charming side benefit to road trips for other purposes - strange fishing, brewery caves, etc - is that you can take a route, planned or unplanned, through various small communities on the off chance that their cemeteries will have interesting Tree Shaped Tombstones.  In the tiny hamlet of Eagle Wisconsin I found an odd pairing.

It's pretty common to have two cemeteries across the road from each other.  One is generally Catholic the other either Protestant or non denominational.  When these were laid out in the mid 19th century the whole business with Luther and the Reformation was centuries in the past but there was enough residual animus that nobody wanted to take the chance of ending up in the wrong place.  And as a result, The Wrong Place.

In Eagle the Oak Ridge cemetery had a single Tree, but what an ornate one! 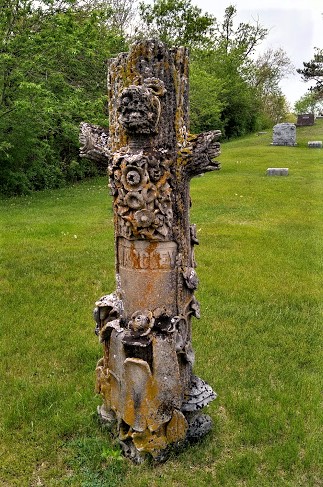 Really just an astonishing degree of intricate carving.  Impressive but a bit fussy for my tastes. 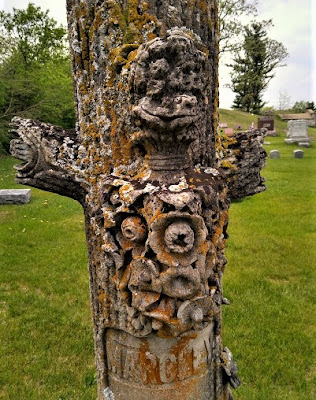 I figured this was a one off, something custom ordered for somebody who really liked busy floral designs.  But across the road staring down this upstart burial place the Catholic cemetery had its own similar example.  Alas, the lighting was not quite as good. 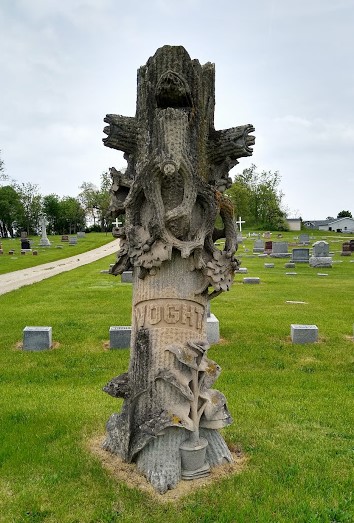 Not as many flowers this time but all manner of gnarled, twisted, storm broken branches.  And oak leaves and acorns. 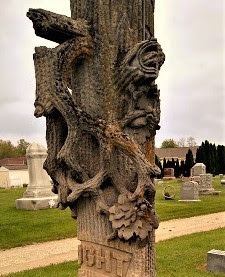 So why did the families Voght and Marcely decide to each get such elaborate tombstones, facing each other across Highway 67 and the Catholic-Protestant divide?