It has been a full generation since I sat down to watch a T-ball game.  If you are not familiar with this entre into the world of baseball it involves 5 year olds with jerseys that hang down to their knees and with the sponsors emblazoned across the shoulders extending down towards the elbows.  The kids hit off a T.  Then they run, or maybe they don't, while the fielders try to figure out what to do with a ball somewhere in their general vicinity.

It's fun, and even after a half century of baseball fandom I still get to see things I've never seen before.  One kid lunged after the ball.  He grabbed it then ran back to where his hat had fallen off, put it back on and then launched a throw somewhere towards first base!

A few pictures taken in early morning sunshine at the dawn of a new era.

Coaches getting their teams warmed up and generally paying attention.  That by the way is the T.  It took quite a pounding by players who swung with more enthusiasm than direction. 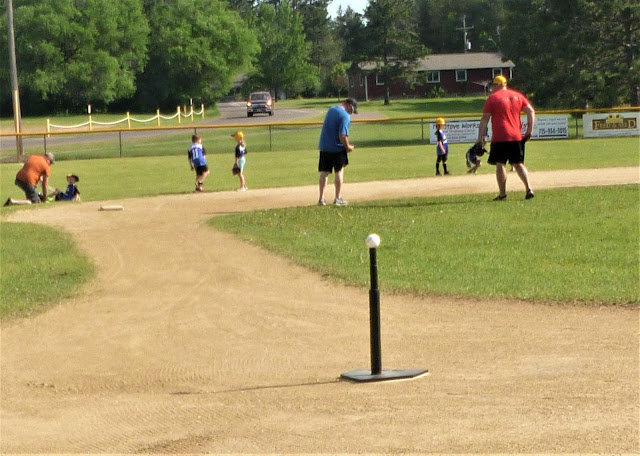 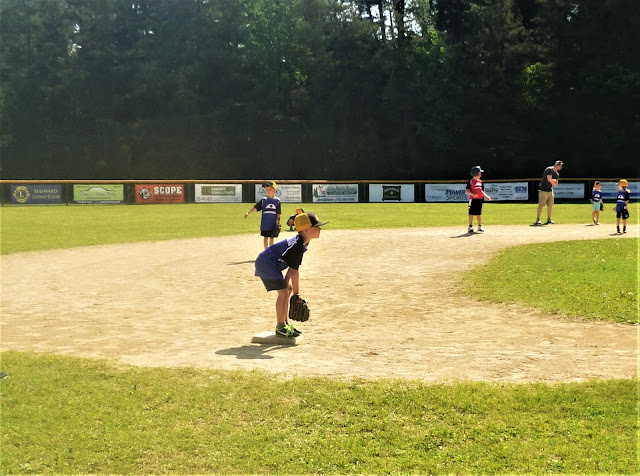 I'm now taking my photos from this side of the chain link fence.  I certainly spent enough time a generation ago on the other side.  Here an enthusiastic coach has his players running the bases after the game and getting high fives at home plate. 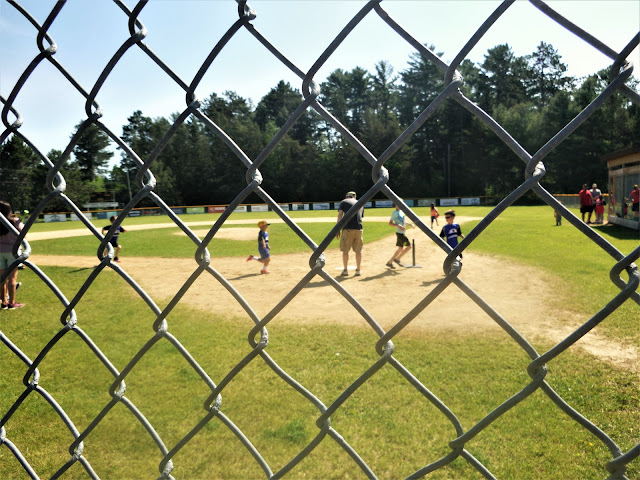