The story of Camp Smith Lake, east of Seeley Wisconsin, is available in fairly complete form.

Company 647 was formed in May of 1933 at Fort Sheridan Illinois.  The first commander was a Captain J.P. Creshaw, a World War One vet who served as a Reserve officer in the 3rd Field Artillery.  Everything seemed to happen quickly in the world of the CCC.  Perhaps government agencies were more nimble back then.  So in mid June of '33 they were already encamped in a temporary base near Seeley in Sawyer County.  For the next four months they worked on road building and reforestation projects, in addition to constructing an elaborate new, semi permanent home some 5 miles east of Seeley.

For their efforts the 647th was named outstanding camp in the Sixth Corp area in October of 1933.

Their new home was on the shores of a small lake, so Camp Smith Lake it became.

Camp Smith Lake was in service for quite a while, a history of Wisconsin CCC camps indicates that over its life of service 1080 men passed through it.  The same history has some tantalizing little photos of life at the Camp. 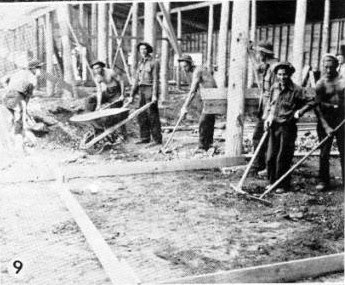 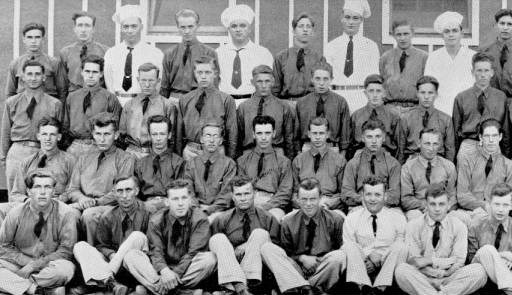 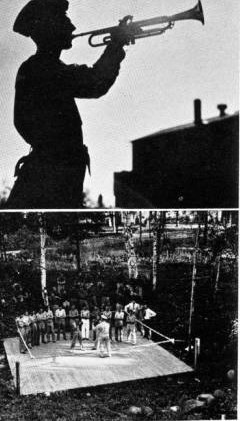 The CCC camps used the available materials.  Timber and rock. 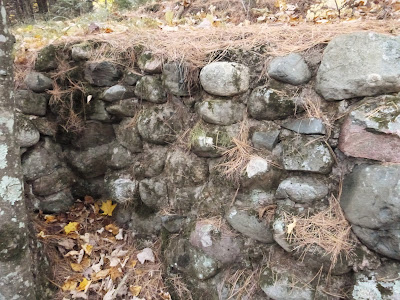 I don't know why there was a series of oil drums sunk into the ground.  I shall try not to speculate. 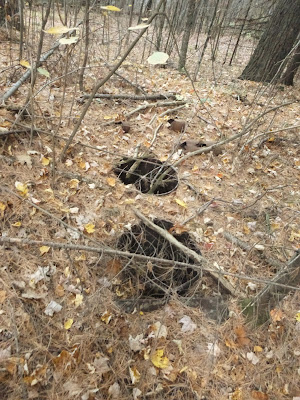 CCC also used a lot of cement.  I don't understand this substantial structure with a narrow trench in the center.  It almost suggests an auto repair facility with a grease pit. 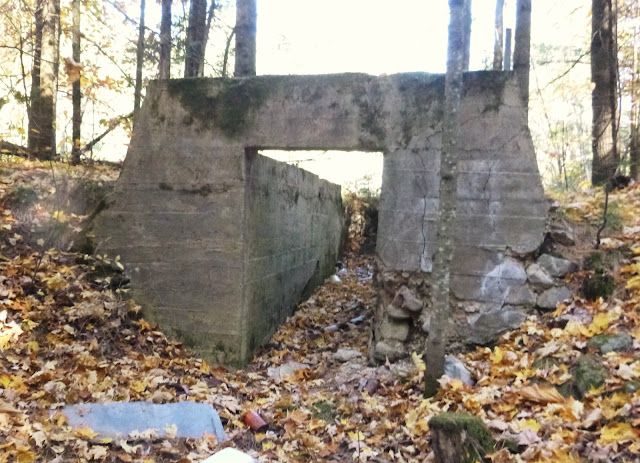 Also peculiar were quite a few of these stone pedestals.  They look like tomb stones but I think marked intersections of roads within the camp. 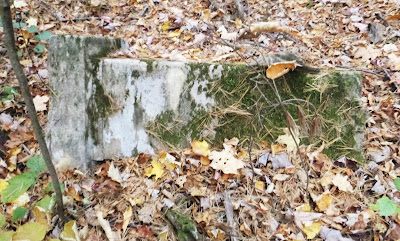 CCC construction methods were rather rough and ready.  I think I mentioned the stone and cement thing. 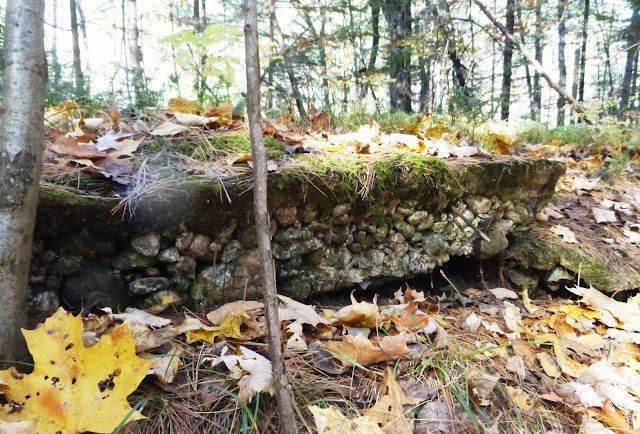 I had to work a bit to find the camp, and was rewarded with quite an array of remains.  I never did find the baseball field but I understand it is still recognizable.  If you fancy a look yourself forget Google Maps.  Even the county map was not very helpful.  I suggest you go east of Seeley Wisconsin on Boedecker Road.  Ignore Google Maps that has non existent name changes.  About five miles in you hit a stop sign and a T.  Go left towards Lake Helene Road.  When you see the sign that says Camp Smith Access you have gone too far.  This refers to the lake, not the camp.  The CCC camp is back a few hundred yards on both sides of the road where it takes a jog.  I saw the first hint of structures behind the big yellow sign with an arrow on it.  There is a convenient parking place there too. 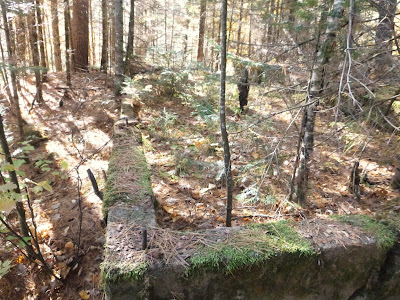 My GPS claimed that the camp is at this location.  I don't think I trust it. 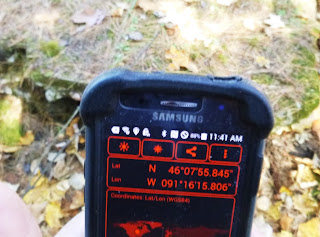 Email ThisBlogThis!Share to TwitterShare to FacebookShare to Pinterest
Labels: Americana

My now deceased uncle served in this camp, I'm guessing in the late 1930's. Very little info on the internet. Thanks for adding to the information!

My father is in the picture,bottom row 2nd from the left.

William Christman is the one in the picture, bottom row 2nd from left.

My dad worked here, walked from Spooner to get the job!