Welcome to Wytschaete - A Hundred years of Peace

If all has gone according to schedule I should be in Wytschaete, Belgium pulling on my boots and getting ready to start two weeks of excavation at the "Hill 80" site.  As mentioned in yesterday's overview of the Battles of Ypres, this spot of higher ground was very important and traded hands several times during the war.  In the process the entire village was obliterated by artillery fire.

I hope to post more images of "then and now" as I get out to explore a bit.

It's odd in an archaeological sense to have photographs that show what you will be digging up.  This is part of the site, a windmill and a larger steam mill.  Assorted outbuildings and the miller's house are also present.  The foundations and cellars for these buildings were/are substantial and were incorporated into the fortifications. 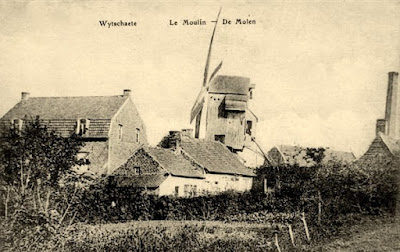 Here we have German trenches in Wytschaete.  Probably near where we will excavate.  Notice the sand bags and the wicker mats.  Anything to keep the trenches from caving in with rain and shell fire.  It looks as if there are actual signposts at the trench intersections. 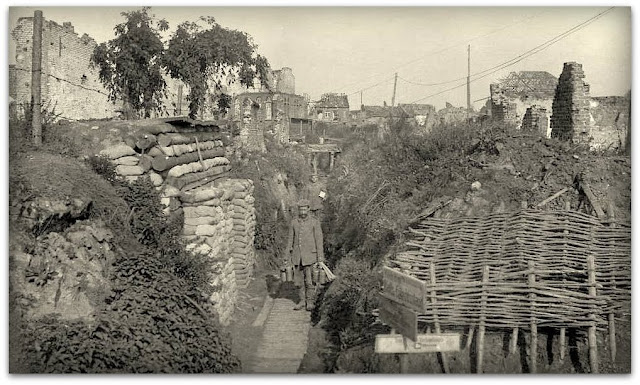 Modern day Wytschaete from the air.  A nice little communtiy built around a central square and a large church. 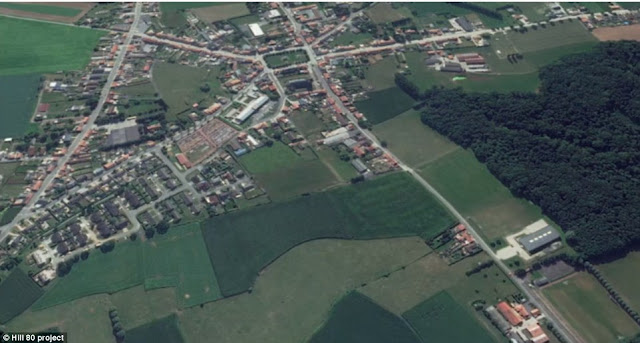 This view overlays aerial photography from World War One onto the map.  Notice the deep, zig zag pattern of fighting trenches on the edge of town.  That's where I'll be. 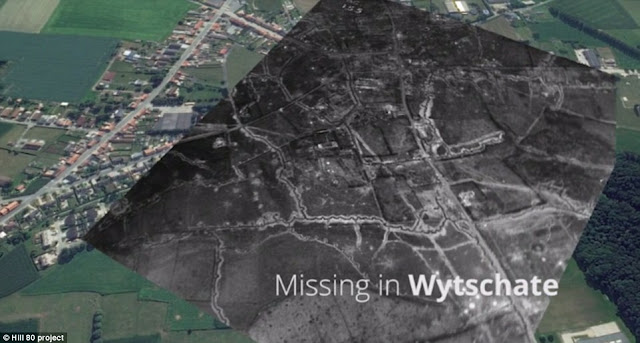 Hopefully I will be posting daily now on the excavations.  But as to content I'll have to operate within certain guidelines.  We are dealing with recovery of human remains and with the possibility of live artillery shells.  I will cover such matters as circumstances permit.
Posted by Pachydermis2 at 12:30 AM

Email ThisBlogThis!Share to TwitterShare to FacebookShare to Pinterest
Labels: Archeology, In Flanders Fields