The 19th annual Machines Behaving Badly event is done.  And it was a good one.  A dozen or so helpers turn up.  The arena rolls in and is assembled.  Robots get last minute finishing touches.  And the audience shows up. 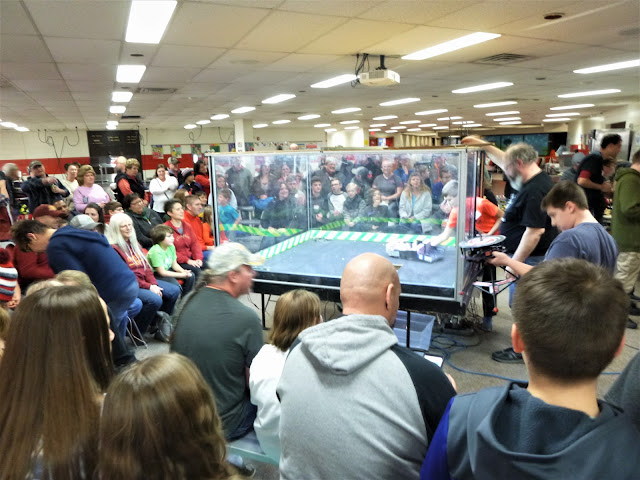 There's probably an upper limit of how many you can park on bleacher seats around a six by six arena.  And this is about it.  At the other end of the room the high school team had the Big Robot up and running. 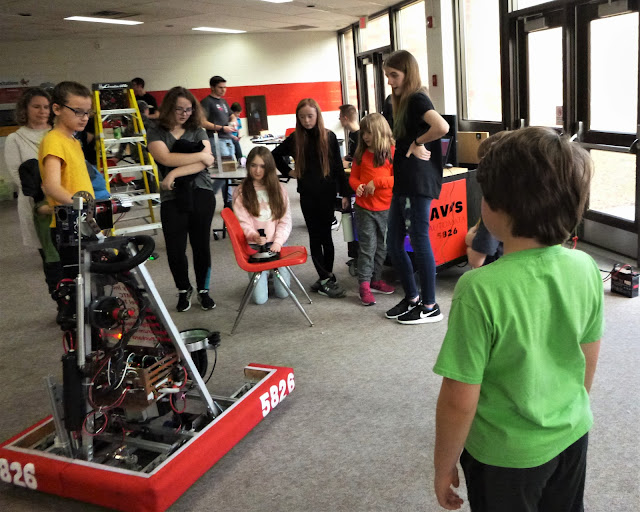 Nice to see a lot of girls trying their hand at the controls.  Also the occasional five year old. 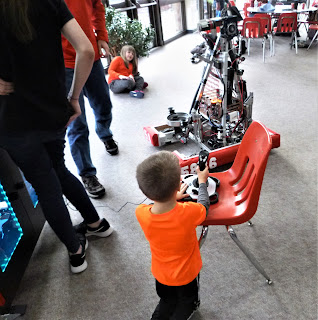 And there were the competition robots.  Many and varied, it made for fascinating matches.  Spinners versus pushers.  Lifter bots versus machines armed only with duct tape and unrealistic expectations.  Some did way better than I expected.  Some surprised us in other ways. 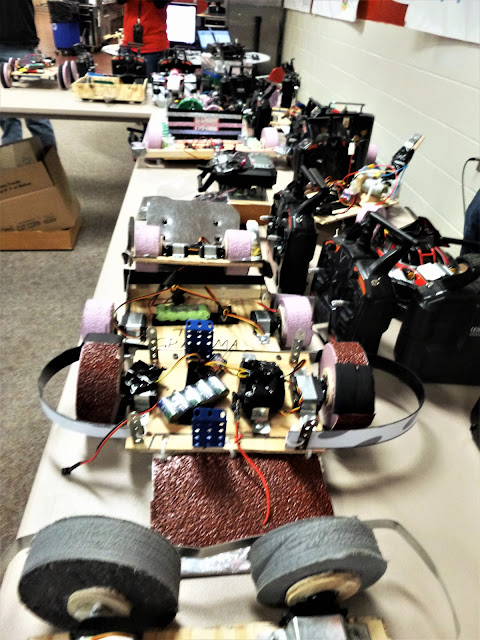 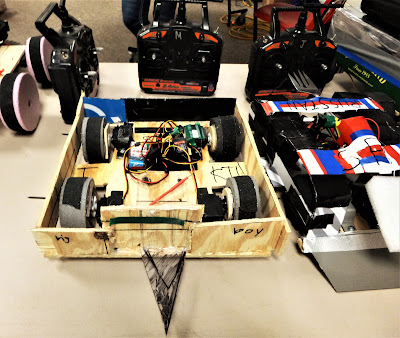 There was a new arena hazard this year, a pneumatic powered axe.  Perhaps just a bit less lethal than the Chains of Doom, but it provided some nice moments. 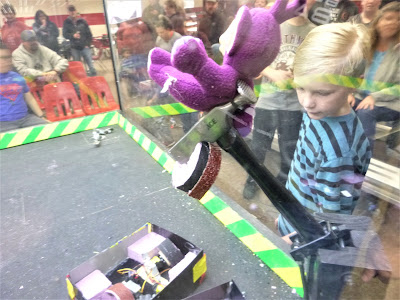 For the kid brothers and sisters in the crowd there was the opportunity to operate the arena hazards or to drive a VolunteerBot. We had several of these on hand, but the voyage of this Barbie Themed bot is worth chronicling.  Thrown together in about fifteen minutes. 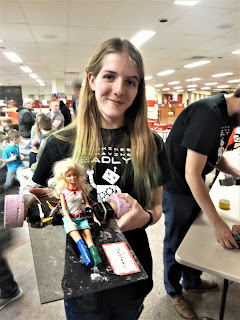 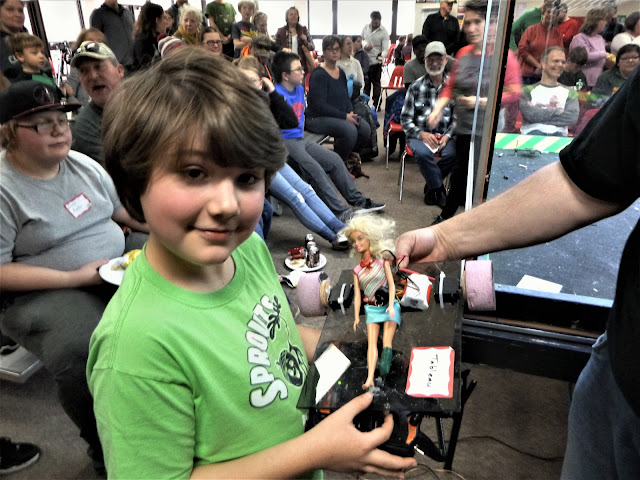 And at the end, minus some parts and with a new punk hairdo, Barbie in Robot Cemetery. 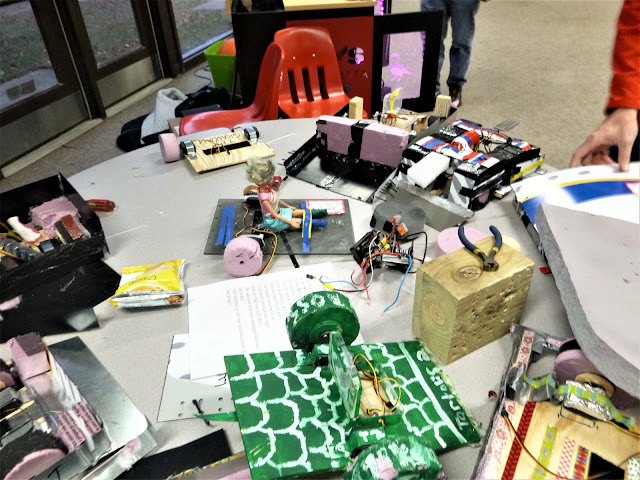 A fun but tiring day, made possible only the efforts of my fun and tireless minions.  You see them here and there in the photos wearing the black new version Machines Behaving Badly shirts.  Many people asked about buying one.  But of course I had to shake my head and tell them:


"Some things in Life cannot be bought.  They can only be earned."

Some of the students now bumbling about with these crude machines will go on to far greater things.  They will join the high school FIRST team, they might even be motivated towards a career in technology.  They will accomplish a lot.  But not by buying it, by earning it.
Posted by Tacitus at 12:30 AM